After a week off, Freak Show came back to our living rooms with a vengeance with a very aptly titled episode ‘Blood Bath’. In what was indeed a bloody episode, the freak show family turns on its own and Dandy claims yet another kill. This episode was important not just because of the rather larger story arcs but for yet another glimpse into the troubled past of those inside and outside of the family of freaks.

The episode starts with a long awaited flashback into the twisted and troubled childhood of the show’s number one ‘freak’, Dandy. As his mother Gloria spins tales from his charming past to a therapist we quickly realize that her boy Dandy really never had a chance. Is it any wonder he turned out the way he did?

Back at the freak show, people are starting to come to grips with the fact that Ma Petite is really gone, but Ethel is not buying the sobbing ‘performance’ put on by Elsa. Indeed, the two have quite the face off, throwing verbal barbs back and forth at each other till it all comes to a head and the real fireworks begin.

Meanwhile, back in the world of therapy, Dandy takes his turn and has some very disturbing insights into the famous Rorschach Test. Ink blots have never sounded so crazy as when described by Dandy and the concerned therapist suggest upping their sessions, ever before Dandy asks a few questions that will leave you shaking your head. 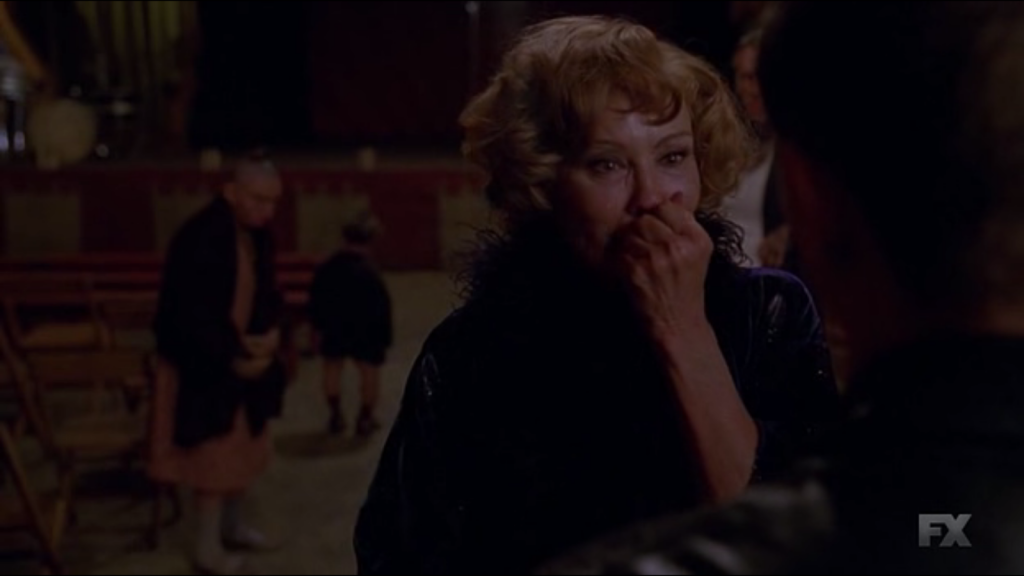 Elsa gets some bad news.

While Dandy may have moved to the top of the class in this show in terms of killing and insanity, Elsa still rules the roost when it comes to being the master manipulator, Through all the shenanigans in this episode, including the introduction of a new member of the freak show who is being bent to Elsa’s will, it is somehow comforting to see that a family of freaks can be as dysfunctional as your average family.

Penny has also now become a part of the sisterhood thanks to her tattoo makeover presided over by her ‘father’. The girls of the freak show decide revenge is of course the only way to have closure or justice, so they hatch a plan to make Penny’s father pay for what he did.

Oh yeah, and remember the maid that Dandy killed? Well her daughter shows up and when they cannot produce her, she drops an ultimatum to see her ma or the cops will get involved. It is times like this when you can look at Dandy’s face and see all sense of coherent thought patterns go out the window, if any are even present, and instead are lovingly replaced with the psychotic rage face that we have come to know and love.

Gloria and her wonderful son Dandy eventual come to a standoff of sorts (the second in this episode) and the short dialogue between these two is priceless, especially when some unsavory family history comes out in the open. 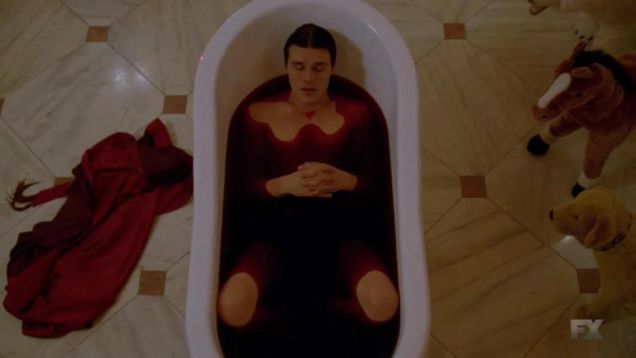 I’ve got to say, after a few lackluster episodes in the last month, ‘Blood Bath’ goes nonstop from start to finish in a flurry of minor and major plot shifts that has now changed the whole dynamic of the show. It is great to see and even better still is watching some of these fine actors at the top of their game let it all hang out in this episode.

Still, even though this episode was great it does point out the flaw of Freak Show and that is it’s inability to keep the momentum going, something that has been a problem for most the seasons. While I do not expect heavy hitting episodes like this every week I do expect the writers to step up their game to accommodate the wonderful collection of talent they have had the privilege to work with.

Here’s hoping the rest of the season continues a more consistent trend so we can have more episodes in the vein of this one.

15 Minutes of Gameplay From Uncharted 4