Before diving into this doozy of an episode, make sure you check back to last week’s recap and review so you’re all caught up.

Leaving a viking funeral for Aunt Sally, Josh and Karen decide to split the party up for a day—Josh will go 25 miles east to a college where a professor named Gloria Douglas who predicted the end of the world is, and Karen will take a few of the kids to a camp where Dana was a counselor for supplies.  Upon arriving at the college, Josh runs into a shapeshifter pretending to be Gloria then finds the real Gloria who has a lot of rage at Josh for ruining her life and a serious death wish.

At camp, Dana and Martin try to get frisky in a statutory way while Karen and Matt try to find supplies. The literal roll in the hay gets stopped by another funnoodle—even supernatural creatures are not down with the age gap here. Everyone gets derailed by a group of women convicts with guns who try to tell Karen that Dana is dead, which causes her to snap and kill the whole crew Rambo style in front of her children.

Meanwhile, Josh gets the computer drives from Gloria after she reams him for destroying her career and pleads with him to kill her. A member of Booner’s crew that came with him to the campus ends up shooting Gloria for him with a very succinct “this is the end of the world give people what they want” comment.

Everyone reunites at camp where Dana has decided to start smoking and we discover at the final moment that Dev has a skinwalker and the only way to get rid of it is to kill himself. Which he does. In front of Brianna. Also, apparently Mount Rainier is gonna erupt soon. So. 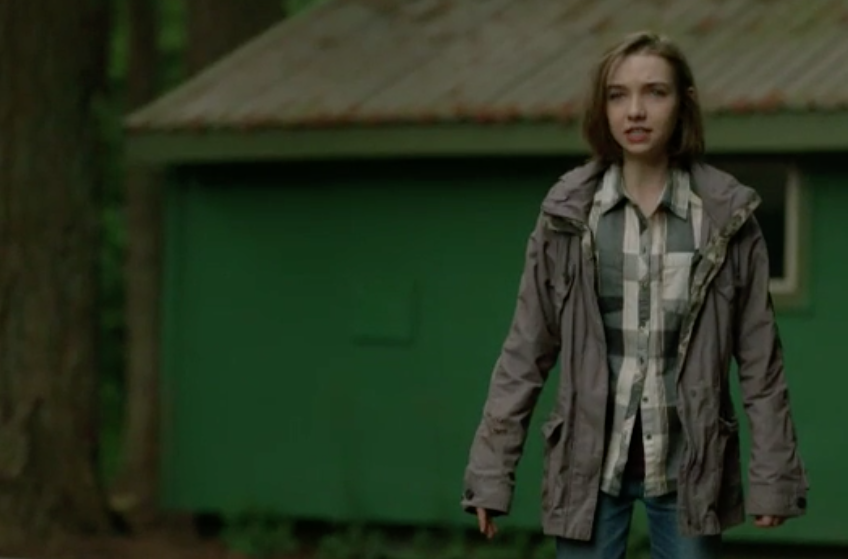 I felt so hard for Gloria Douglas. A woman in academia whose colleagues dismiss her because her ideas are too different. She never married because she “knew too much” and then the world ends and she’s stuck in ButtF*ck, WA. Although her insistence on calling the shapeshifter by the filipino name and telling Josh to not be a white elitist about naming things and yet she intentionally mispronounced “aswang” as “ass wang” had some coded issues with me. I won’t derail this review because I have self control and focus but know that I am irked.

I’m admittedly not a fan of what has now become a trend for the series of violently killing characters at the last minute, especially when there are suicidal tendencies involved.  It feels lazy—like the writers got to the end of the episode and said “maybe we didn’t do enough let’s kill some people.” But hey! We got Wayne Brady for an episode and a half!  And call me crazy but I’m starting to get attached to our little funnoodle buddy. Come on back for a third episode Jubokko, I’m into you.

“Tell us, or Studly here gets it.”

“No one is saved asshole, it’s the apocalypse.”

Check back next week where I’ll be a continuous sass master but root for the heroes anyway.

Four Stories Telltale Could Tell Next