Has the recess in couch co-op games for modern day consoles got you down? Having trouble finding a good reason to invite friends over this upcoming Holiday season? Or just looking to pick up a new hobby?

Well let me tell you Monopoly is NOT what I want you to be thinking about when I say Tabletop games and board games are a reemerging hobby amongst geeks and all people alike that can be a great way to bring a group of friends together.

Modern day tabletop gaming has come along way since Monopoly was first released in the 1930’s and it’s about time you give board games another look. For those looking to get back into tabletop gaming this holiday season or just some time in the foreseeable future here’s a breakdown of a few great games that may tickle your fancy.

For the person looking to get into a serious board game…

My greatest recommendation for anyone looking for an intro competitive and simplistic strategic board game is Settlers of Catan (or Catan for short) by Klaus Teuber of Catan GmbH. You’ve probably heard references to this game whether it be on the Big Bang Theory or a big screen movie. Catan is a game involving aspects of luck, strategy and bargaining that comes together in harmony to create a fun board game with plenty of replayability. It revolves around resource management to grow your people’s settlements larger than your co-players. The base game is a simple game that may take 2 hours on your first playthrough, but after a few games with your friends games can be played out in under an hour. The base game requires 3-4 players and there is an expansion to increase the map size to allow 5 or 6 players. It may sound lame to hoard rocks, have a sheeptopia or collect wheat, but the mechanics make this game seem worthwhile and are well worthy of having friends and family over for a game or two.

Check out the game here: http://www.catan.com/game/catan

If you’re 17+ and have been living under a rock for the past couple years, one of the most simple, versatile and vulgar games around is Cards Against Humanity, you can play for as long as you want, with as many players as you want. It’s the simple concept of having one player draw a black card such as “Why do my feet smell?” and each of the players picking a card from their hand of white cards to come up with the funniest answer. The base game comes with 460 white cards and 90 black cards that will keep you howling for as long as you play. Their vulgar, thought inducing and possible vomit inducing white cards are well thought out and in some cases weirder than you could ever imagine. If you do get bored, there are 6 basic expansions to add hundreds of more cards to your deck.

Check out this game here: https://store.cardsagainsthumanity.com/

Pandemic by Z-Man Games is an infectious game, because you become addicted to preventing a worldwide outbreak of disease! Unlike most conventional board games this games pits all players against the board itself. Players each pick a role from a set of cards and work against the board to research a cure for 4 different diseases. If these diseases get out of control, whether they outbreak in too many cities, or it becomes too wide spread or you run out of cards to draw from to help you, you lose. This is a challenging game that allows 2-4 friends to try and save the world one cure at a time.

Check out this game here: http://zmangames.com/product-details.php?id=1246

For the Person Looking for that All Ages Game

Ticket to Ride by Days of Wonder is a modern day family game that can be comprehended by people of all ages. The purpose of the game is to claim railroad tracks to build paths from city to city. There are several maps that can be bought for this game as Ticket to Ride Europe may be more fun for someone looking to brush up on their European geography. In this game everyone gets cards with routes they must complete for points. There is a separate deck of cards that are your currency to buy tracks to connect your routes. Longer routes are worth more points and the person with the most points by the time cards run out wins. This game is for 2-5 players and once again is fun for players of all ages.

Check out this game here: http://www.daysofwonder.com/tickettoride/en/usa/rules/

If you’re looking to take on the role of a character in a board game that can be completed in under 2 hours look no further than Betrayal at House on the Hill by Wizards of the Coast. This 3-6 player role playing game has each player select 1 of 12 characters to play through the game. The haunted house theme, unique gameplay and gamebook with about 50 scenarios will have you wanting to play this game over and over. Each game results in a random scenario based on cards drawn during ‘the Haunt.’ You may be pitted against your friends, you may be working with them the scenarios vary gameplay greatly for the last half of the game, but the result is always a fun experience. The game is even better if you turn the game into a storytelling about your characters while you play!

Check out this game here: http://www.wizards.com/default.asp?x=ah/prod/houseonthehill 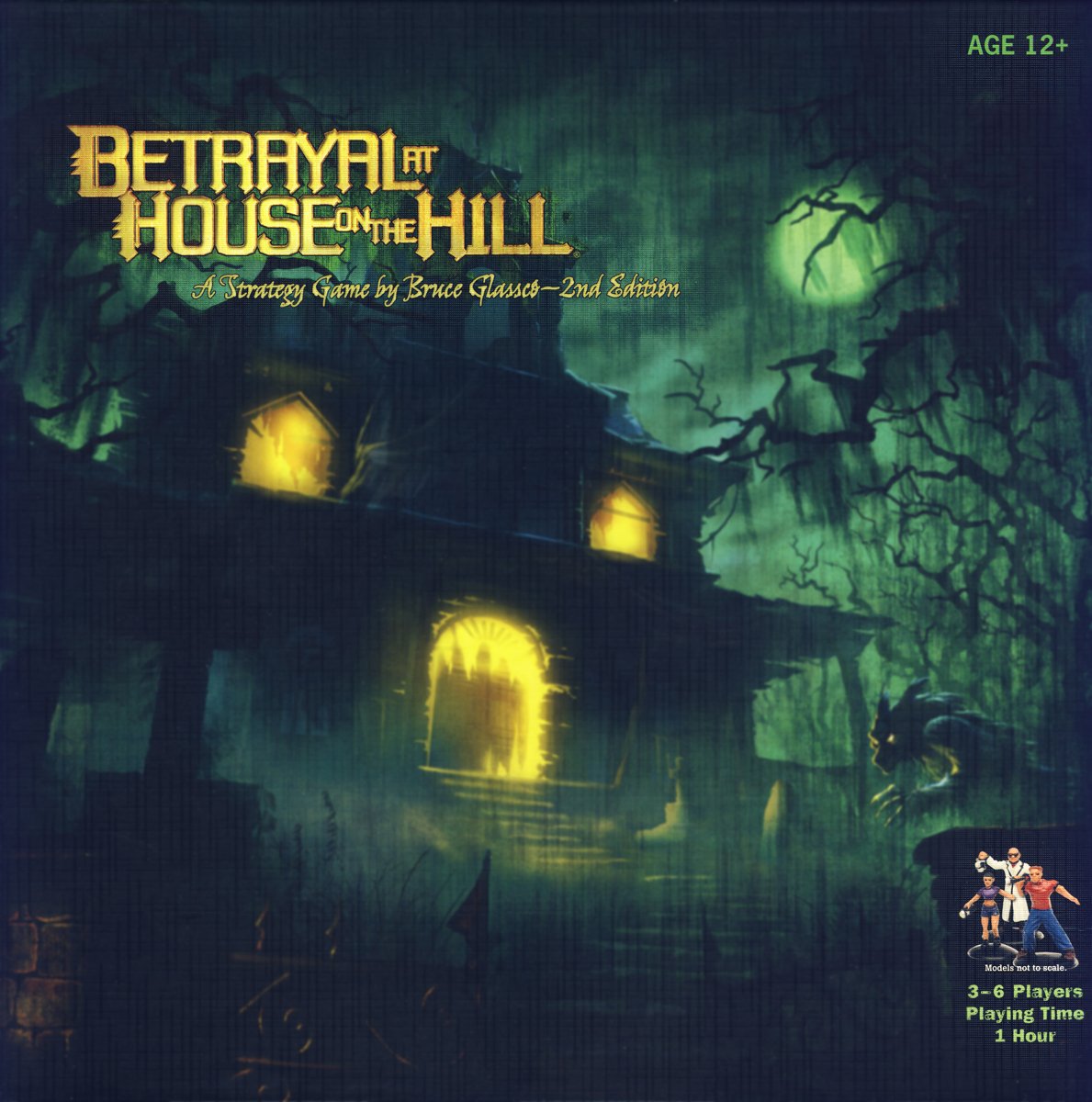 For the Person Who Prefers a Card Game

If board games aren’t cutting it, then maybe a strategic card game will provide that niche you’re looking for. Machi Koro by IDW Games is a simple game that revolves around dice rolling and buying cards to build a community. It is a simpler version of Dominion, but more in-depth games like that will appear in Tabletop Gaming 201. Players roll a die on their turn and if the result earns them coins based off the text on their starting cards they can purchase other cards to build a library to help them earn money faster. Cards vary with effects that earn you money on your dice rolls; everyone’s dice rolls or cause other people to have to give their money to you. Very strategic yet very simple to learn and of course lots of fun!

Check out this game here: http://idwgames.com/games/machi-koro/

There are many new board games on the market and here are just a few recommendations to get you started. Stay tuned for Tabletop Gaming 202 if you’re looking to take your gaming a step further.