Kingdom Hearts Unchained X is a mobile “freemium” game, formally in a browser format, from Square Enix.  It incorporates a lot of popular elements from other top mobile games into a “tap and slash” that feels at home with the console series. And while it’s no Kingdom Hearts 3 (COME ON SQUARE ENIX, WE’RE IN THE HOME STRETCH), KHUx is still fun in its own right.

The premise starts the same as the first several KH games—only this time the player’s custom-designed character falls through the darkness to the stained glass platform instead of Sora or Roxas. From there the player begins working their way through different worlds, fighting heartless in familiar Disney settings to earn keyblades and banish darkness.

The battle system is similar to Kingdom Hearts Re: Chain of Memories but less banal. Each keyblade uses medals with different characters on them and those medals allow for varied attacks or abilities. The player can upgrade medals as the game goes on and can play other players’ medals on each level (kind of like how you can borrow other players’ monsters in Puzzles and Dragons).

The levels, or “quests,” themselves aren’t particularly challenging, putting the gameplay on par with mindless match-threes or temple runs. In combination with the Disney, Final Fantasy, and original KH cameos, the game really cashes in on the nostalgia factor to keep the player engaged. Which in no way makes the game boring, exactly, but if dying 46 times to reach a goal is your jam, you might not get into KHUx the way I do on my train-to-bus-to-walking daily commute. 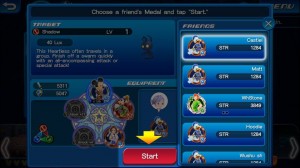 The character design is over-the-top adorable. Characters are very similar to the designs in the Final Fantasy Theatrhythm series—big heads and eyes, little bodies—but they have pupils (thank god). Players can level up different aspects or traits by using coins to fill globes on outfit layouts (sound familiar?). The traits embodied or improved by these outfits gives the customization a little more purpose than a Mii type of situation. 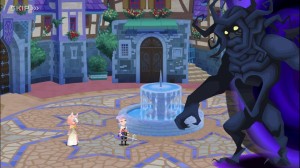 Overall, KHUx is absolutely a fun, solid mobile game with enough customizable niches to satisfy someone looking for something a little more challenging (just a little). Which is all well and good, but can December just get here already?

Singularity Heats Things Up on Agents of SHIELD